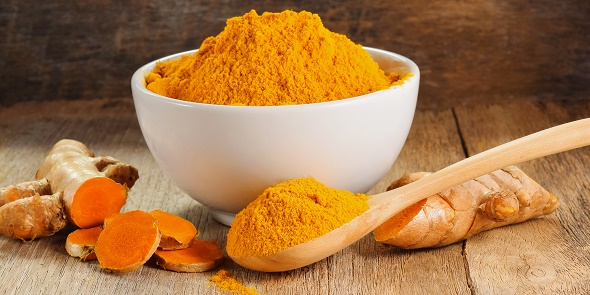 Curcumin is the primary active constituent derived from the herb Turmeric (Curcuma longa).  Turmeric has a long history of usage in traditional Indian and Chinese medical systems, where it is utilised for both digestive and inflammatory conditions.  The yellow-orange curcumin is extracted from raw turmeric herb to create a concentrated extract, which is then employed therapeutically for various conditions.  Curcumin in its native form is relatively poorly absorbed by the body, and therefore commercial extracts are often enhanced to improve absorption and efficacy (Ref 1).  Curcumin is available in a variety of forms, although is most commonly consumed as a tablet or capsule.

Curcumin has been primarily researched for its antioxidant, anti-inflammatory and hepatoprotective (liver-protecting) properties.  It displays strong antioxidant activity, as well as enhancing the production of the body’s own internal antioxidant systems.  In addition, curcumin has been shown to control inflammation via several different pathways in the body, which likely accounts for most of its observed clinical effects (Ref 2).

Always consult with your Health Professional to advise you on dosages, and any possible medical interactions.

The most common use of curcumin is as a natural anti-inflammatory for the treatment of joint stiffness and swelling in conditions such as osteoarthritis and rheumatoid arthritis.  Preliminary clinical studies indicate that curcumin supplements are effective in treating arthritic joint pain and swelling (Ref 3) (Ref 4) (Ref 5).

Several clinical studies have shown that curcumin may benefit patients with inflammatory bowel diseases, such as Crohn’s disease and ulcerative colitis.  Curcumin may help to alleviate symptoms and prevent disease relapse. (Ref 6) (Ref 7)

Early evidence indicates that curcumin may be useful in treating conditions such as cognitive decline, and major depressive disorder.  Curcumin in healthy older adults was shown to improve their ability to cope with mental stress and changes in mood while undergoing a series of cognitive tests (Ref 8).  A review of six controlled trials found that curcumin significantly reduced symptoms of depression (Ref 9).

Turmeric and curcumin have been traditionally used to treat digestive disorders such as dyspepsia, and irritable bowel syndrome (IBS).  There is emerging evidence that curcumin may be useful in both the prevention and treatment of certain cancers. (Ref 1)

Dosages for curcumin supplements will vary depending on the condition being treated, although generally dosages of 500 to 2000mg/day are indicated for inflammatory conditions.  “Enhanced-absorption” curcumin formulas (e.g. Longvida, BCM-95, Meriva, Theracurmin) may require lower dosages than generic curcumin.

Natural medicines such as curcumin may alter the effects of certain drugs, including prescription medications.  Always inform your doctor about any medications, herbs, or other dietary supplements that you may be taking.

8. Cox KH, Pipingas A, Scholey AB. (2015) Investigation of the effects of solid lipid curcumin on cognition and mood in a healthy older population. Journal of  Psychopharmacology. 29(5):642-651